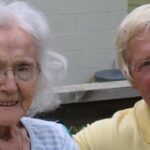 My friend, Fern, knew about the importance of women’s rights.

Since women were allowed to vote in 1920, the United States has come a long way, haven’t we? I think so. But we still have a long way to go to truly recognize the value of women. This year, however, could be the turning point. We will not only have a woman (Harriet Tubman) on a twenty-dollar bill; we may also have a woman elected as President of the United States.

Men have never had an invisible barrier to break the glass ceiling, which has kept women from fulfilling their dreams for centuries not only in countries abroad but also in the United States. Compared to women, men have had a pretty easy time of doing what they want to do, anytime and place they want to do it.

How are women doing in 2016? Have they achieved equality?

A wage gap still persists overall between women working full time and men working full time.  Women earn a median weekly wage that’s only 81% of a man’s weekly median wage. The percentage of managers who are women has risen from 35% to only 38% in the last twenty years.

Women held only 23% of all federal judgeships and only 27% of state judgeships in 2010. In its 220-year history, only four women justices have served on the Supreme Court although we currently have the all time high of three justices out of nine (sorry, eight).

According to a Human Rights Watch report that studied 190 countries and their parental leave policies, the United States was one of only three countries with New Guinea and Swaziland that offer no legal guarantee of paid maternity leave. For comparison, in Sweden, a country high on the gender equality lists, not only mothers but also 85% of fathers take parental leave.

I find it interesting to note that there is probably no one in the United States who believes that gender equality is not a good thing. All of us fathers want our daughters to have the same opportunities as our sons. Right? Still, the fight for gender equality must persist.

What about world leadership roles? There are currently 18 female world leaders out of approximately 140 countries according to United Nations data. These women account for about one-in-ten of today’s leaders of United Nations member states. Half of them are the first women to hold their country’s highest office.

I have a bold idea and I am not trying to be political. I would like to see that a woman is finally given an opportunity to be head of the richest country in the world.

Why? First of all, we would shatter the glass ceiling once and for all paving the way for all women to achieve their dreams. Isn’t this something we all want? Second, men have had the opportunity for two hundred years to govern us, why not give a woman the chance?

Here’s what I believe. I believe a woman would think twice, three times, before sending sons and daughters in harms way and work harder to promote peace. I believe that a woman would be more frugal than a man because a dollar was always harder to come by for a woman. Third, women are more compassionate and would make wiser decisions regarding poor people, minorities, children, and people who are disenfranchised. Lastly, you wouldn’t have to worry about a woman doing anything stupid like men often do.

Riddle for the Day: Why is a computer so smart? It listens to its motherboard. Isn’t it time we listen to mothers?